Lingerie for Every Body

A British advertising watchdog group has banned ads that featured lingerie-clad flight attendants.The Advertising Standard Authority (ASA) ruled that Rynair, the Irish budget airline, ads linked female flight attendants with sexual behavior and should not have appeared in two British national newspapers. Ryanair published two newspaper ads featuring two flight attendants in their underwear with the headline: “Red hot fares & crew.”ASA is the self-regulatory organization for advertisers in Great Britain. The ASA is not funded by the British Government and has no legal authority, however it is funded by taxes on the advertising industry.The photos of the two flight attendants also appeared on the airline’s annual charity calendar.According to news reports, the ASA received 17 complaints that the ads were sexist, objectified flight attendants and were “offensive and unsuitable” for national newspapers.The airline argued that since the women gave their consent to be in the photos, that no harm was done.The ASA noted the images were not overtly sexual in their appearance, however the stance and gaze of the women were likely to be seen as sexually suggestive.We have posted one of the ads, so you can judge for yourself. They don’t look to racy for us and we think the ASA must be full of a bunch of old geezers. Read this quote by the ASA.
“Although we acknowledged that the women in the ads had consented to appear in the calendar, we considered that the ads were likely to cause widespread offence, when displayed in a national newspaper, and therefore concluded that they breached the [advertising] code.”
We doubt that these photos or ads would even cause much of a stir here in the United States and we give the ASA a big THUMBS DOWN for their recent ruling. 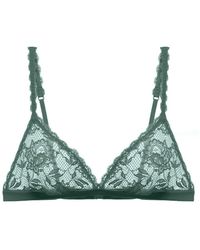